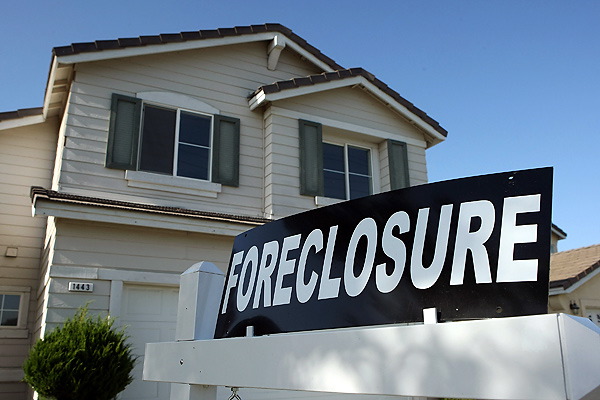 This is an account written by Susan Estman regarding attempts by the foreclosure plaintiff’s bar to silence April Charney, one of the nation’s leading foreclosure defense attorneys, by cutting off funding to her agency, the Jacksonville Area Legal Aid.

Attorneys around the nation who stand with homeowners against the too big to fail banks and the government are regularly being met with efforts to silence them.

As a foreclosure defense attorney and a devout believer in the right to a vigorous defense this is a story that should shock all of us who wear as lawyers search for justice.  It appears that a segment of the bar in Jacksonville, Florida are only searching for profits.

Jacksonville Area Legal Aid attorney April Charney has proved a big pain in the ass for giant corporations in the middle of the foreclosure crisis like Deutsche Bank,  Wells Fargo Company and Jacksonville-based Lender Processing Services. She gummed up what had been routine and quick foreclosures with questions that led to an exposure of the fraud and forgery that drive many foreclosures. Charney was among the first attorneys to ask lenders to produce the proof  they really owned the loans and had the right to foreclose. Attorney generals opened investigations into foreclosure practices in 50 states. Jacksonville’s Lender Processing Services was in the middle of those investigations because it is one of the country’s largest loan servicers and because of the volume of legal documents that company representatives appear to have faked.

It’s not really surprising that attorneys whose law firms represent those big mortgage holders would like to silence Charney and punish her boss JALA executive director Michael Figgins for not reining her in. But it’s shocking that attorneys from Holland & Knight, the firm that represents LPS, and a local judge would be working behind the scenes to convince the JALA board to fire Figgins as a set up to go after Charney.

On August 3, Holland & Knight attorneys Buddy Schulz and Dominic MacKenzie and Duval County Circuit Court Judge Hugh Carithers hosted an informal lunch at the law offices with 10 members of the board of Jacksonville Area Legal Aid and JALA board president Hugh Cotney. A painting of a pod of sharks that hangs in the lobby of Holland & Knight offices set the tone.

Schultz, MacKenzie and Judge Carithers, who told the group he wasn’t speaking as a judge but as a private person, yeah right, described Charney as a “loose cannon.” Cotney seemed to share their view.  They criticized her for embarrassing Jacksonville by bringing Rolling Stone writer Matt Taibbi to the foreclosure court of Judge A.C. Soud. (Taibbi wrote a wickedly scathing story on foreclosure in Florida that was  published in November 2010 issue of the magazine). Charney’s lawsuit against the sacred cow nonprofit HabiJax was also discussed. Charney represents residents of HabiJax’s Fairway Oaks subdivision, which was built on top of an old garbage dump, see Folio Weekly, “Buyer’s Remorse,” (The details of negotiations between Legal Aid and Habijax have been discussed at JALA board meetings but are supposed to be kept private, and it bothered one board member that the Holland and Knight attorneys, who aren’t on the board, seemed to know about it.)

The lunch was billed as a casual one, but the intent was to build a consensus to replace Figgins. His contract is up for review and board members will be asked to make of vote of confidence in his leadership at their September meeting. In addition to Charney, the attorneys also opposed the surcharge on criminals tagged for JALA and a commercial where Figgins talks about the support of JALA by personal injury attorney Eddie Farah. A board member said it was wrong that Figgins wasn’t there to defend himself.  ”It was kind of a covert friendly little conversation over lunch,” she said, “but it felt like a mutiny.”