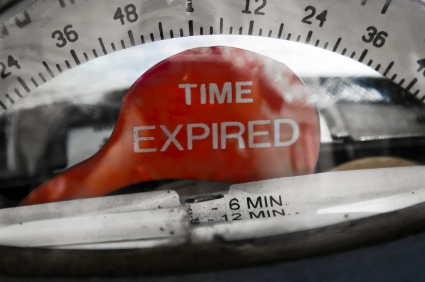 Last week the Federal Trade Comission announced that Asset Acceptance, a debt collection entity, had agreed to pay a civil penalty of $2.5 Million for its attempt to collect debts that are barred by the statute of limitations.  In Kentucky if you have a debt, that is not is writing the a lawsuit to collect the debt must occur within 5 years.  Debts that are written, like a contract or a mortgage,  have a statute of limitations of 15 years.

The practice of collecting barred dent, either by statue of limitaions or by bankurptcy discharge (Also Called “Zombie Debt”) is a regular part of many debt collectors portfolio.  Many times in an attempt to collect those debts, the collector will comit violations of the Fair Debt Collections Practices Act (FDCPA) and Kentucky’s Consumer Protections statutes.

If you are facing a suit from Asset Acceptance you need to read the FTC announcement and if the debt is time barred you have a valid defense to present to the court.  For more information on your consumer rights and your rights under the Fair Debt Collections Practices Act you can click the hyperlinks.

The Press Release of the Federal Trade Comission is below.

One of the nation’s largest consumer debt buyers has agreed to pay a $2.5 million civil penalty to settle Federal Trade Commission charges that it made a range of misrepresentations when trying to collect old debts. In addition, the company, Asset Acceptance, LLC, has agreed to tell consumers whose debt may be too old to be legally enforceable that it will not sue to collect on that debt.

The proposed settlement order resolving the agency’s charges also requires that when consumers dispute the accuracy of a debt, Asset Acceptance must investigate the dispute, ensuring that it has a reasonable basis for its claims the consumer owes the debt, before continuing its collection efforts. The proposed order also bars the company from placing debt on consumers’ credit reports without notifying them about the negative report. The U.S. Department of Justice filed the proposed settlement order this week at the FTC’s request.

“Most consumers do not know their legal rights with respect to collection of old debts past the statute of limitations,” said David Vladeck, Director of the FTC’s Bureau of Consumer Protection. “When a collector tells a consumer that she owes money and demands payment, it may create the misleading impression that the collector can sue the consumer in court to collect that debt.  This FTC settlement signals that, even with old debt, the prohibitions against deceptive and unfair collection methods apply.”

The FTC’s action – alleging that Asset Acceptance violated the FTC Act, the Fair Debt Collection Practices Act, and the Fair Credit Reporting Act – is part of the FTC’s continuing efforts to protect consumers adversely affected by the struggling economy. The agency today also issued a new publication for consumers, “Time-Barred Debts: Understanding Your Rights When It Comes to Old Debts”.

Michigan-based Asset Acceptance buys unpaid debts from credit originators such as credit card companies, health clubs, and telecommunications and utilities providers, as well as other debt buyers, and attempts to collect them. Asset Acceptance has purchased tens of millions of consumer accounts for pennies on the dollar. It targets accounts that other collectors have pursued and are more than a year past due, and in some cases attempts to collect debt that is more than 10 years old. Some of this debt is too old to be legally enforceable – state statutes of limitations cut off the right to sue to collect the debt after some period of time has passed, depending on the state and the type of debt. And many consumers do not know that making a partial payment of a debt may reset the state law’s clock on the collector’s ability to take legal action.

The proposed settlement requires that when Asset Acceptance knows or should know debt may not be legally enforceable under state law – often referred to as “time-barred” debt – it must disclose to the consumer that it will not sue on the debt and, if true, that it may report nonpayment to the credit reporting agencies. Once it has made that disclosure, it may not sue the consumer, even if the consumer makes a partial payment that otherwise would make the debt no longer time-barred.

The order also prohibits the company from:

The FTC has issued a new publication to help consumers understand how debt collectors attempt to collect old debts, along with their rights in these cases. “Time-Barred Debts: Understanding Your Rights When It Comes to Old Debts” provides information on when a debt is too old for a collector to sue, what consumers should do if a debt collector calls about a time-barred debt, and whether a consumer should pay a debt that’s considered time-barred. It also provides advice on what consumers should do if they are sued for a time-barred debt, including defending themselves in court and asserting their rights under the Fair Debt Collection Practices Act. Finally, it has links to other FTC publications and videos about dealing with debt.

NOTE: The Commission authorizes the filing of a complaint when it has “reason to believe” that the law has been or is being violated, and it appears to the Commission that a proceeding is in the public interest. The complaint is not a finding or ruling that the defendant has actually violated the law. This consent decree is for settlement purposes only and does not constitute an admission by the defendant of a law violation. Consent decrees have the force of law when signed by the District Court judge.

The Federal Trade Commission works for consumers to prevent fraudulent, deceptive, and unfair business practices and to provide information to help spot, stop, and avoid them. To file a complaint in English or Spanish, visit the FTC’s online Complaint Assistant or call 1-877-FTC-HELP (1-877-382-4357). The FTC enters complaints into Consumer Sentinel, a secure, online database available to more than 2,000 civil and criminal law enforcement agencies in the U.S. and abroad. The FTC’s website provides free information on a variety of consumer topics. Like the FTC on Facebook and follow us on Twitter.