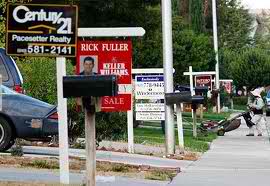 For the last 16 months the major mortgage servicers and the Attorney Generals for all 50 states have been in some form of negotiations regaring a settlemnt of of the mortgage servicer filing false documents with courts arround the country.  Last night an announcement was made that a deal had been reached.  At this time it appears that each instance of robosigning has been valued at $2000.

At present it appears taht this settlement is limited to robosigning and does not address any of the other problems created by servicers.

Yves Smith at the blog nakedcapitalism.com has written about the deal and why it is a bad deal for consumers.  Her post is below:

The Top Twelve Reasons Why You Should Hate the Mortgage Settlement

As readers may know by now, 49 of 50 states have agreed to join the so-called mortgage settlement, with Oklahoma the lone refusenik. Although the fine points are still being hammered out, various news outlets (New York Times, Financial Times, Wall Street Journal) have details, with Dave Dayen’s overview at Firedoglake the best thus far.

The Wall Street Journal is also reporting that the SEC is about to launch some securities litigation against major banks. Since the statue of limitations has already run out on securities filings more than five years old, this means they’ll clip the banks for some of the very last (and dreckiest) deals they shoved out the door before the subprime market gave up the ghost.

The various news services are touting this pact at the biggest multi-state settlement since the tobacco deal in 1998. While narrowly accurate, this deal is bush league by comparison even though the underlying abuses in both cases have had devastating consequences.

The tobacco agreement was pegged as being worth nearly $250 billion over the first 25 years. Adjust that for inflation, and the disparity is even bigger. That shows you the difference in outcomes between a case where the prosecutors have solid evidence backing their charges, versus one where everyone know a lot of bad stuff happened, but no one has come close to marshaling the evidence.

The mortgage settlement terms have not been released, but more of the details have been leaked:

1. The total for the top five servicers is now touted as $26 billion (annoyingly, the FT is calling it “nearly $40 billion”), but of that, roughly $17 billion is credits for principal modifications, which as we pointed out earlier, can and almost assuredly will come largely from mortgages owned by investors. $3 billion is for refis, and only $5 billion will be in the form of hard cash payments, including $1500 to $2000 per borrower foreclosed on between September 2008 and December 2011.

Banks will be required to modify second liens that sit behind firsts “at least” pari passu, which in practice will mean at most pari passu. So this guarantees banks will also focus on borrowers where they do not have second lien exposure, and this also makes the settlement less helpful to struggling homeowners, since borrowers with both second and first liens default at much higher rates than those without second mortgages. Per the Journal:

The Times is also subdued:

Despite the billions earmarked in the accord, the aid will help a relatively small portion of the millions of borrowers who are delinquent and facing foreclosure. The success could depend in part on how effectively the program is carried out because earlier efforts by Washington aimed at troubled borrowers helped far fewer than had been expected.

2. Schneiderman’s MERS suit survives, and he can add more banks as defendants. It isn’t clear what became of the Biden and Coakley MERS suits, but Biden sounded pretty adamant in past media presentations on preserving that.

3. Nevada’s and Arizona’s suits against Countrywide for violating its past consent decree on mortgage servicing has, in a new Orwellianism, been “folded into” the settlement.

4. The five big players in the settlement have already set aside reserves sufficient for this deal.

Here are the top twelve reasons why this deal stinks:

1. We’ve now set a price for forgeries and fabricating documents. It’s $2000 per loan. This is a rounding error compared to the chain of title problem these systematic practices were designed to circumvent. The cost is also trivial in comparison to the average loan, which is roughly $180k, so the settlement represents about 1% of loan balances. It is less than the price of the title insurance that banks failed to get when they transferred the loans to the trust. It is a fraction of the cost of the legal expenses when foreclosures are challenged. It’s a great deal for the banks because no one is at any of the servicers going to jail for forgery and the banks have set the upper bound of the cost of riding roughshod over 300 years of real estate law.

2. That $26 billion is actually $5 billion of bank money and the rest is your money. The mortgage principal writedowns are guaranteed to come almost entirely from securitized loans, which means from investors, which in turn means taxpayers via Fannie and Freddie, pension funds, insurers, and 401 (k)s. Refis of performing loans also reduce income to those very same investors.

3. That $5 billion divided among the big banks wouldn’t even represent a significant quarterly hit. Freddie and Fannie putbacks to the major banks have been running at that level each quarter.

4. That $20 billion actually makes bank second liens sounder, so this deal is a stealth bailout that strengthens bank balance sheets at the expense of the broader public.

5. The enforcement is a joke. The first layer of supervision is the banks reporting on themselves. The framework is similar to that of the OCC consent decrees implemented last year, which Adam Levitin and yours truly, among others, decried as regulatory theater.

6. The past history of servicer consent decrees shows the servicers all fail to comply. Why? Servicer records and systems are terrible in the best of times, and their systems and fee structures aren’t set up to handle much in the way of delinquencies. As Tom Adams has pointed out in earlier posts, servicer behavior is predictable when their portfolios are hit with a high level of delinquencies and defaults: they cheat in all sorts of ways to reduce their losses.

7. The cave-in Nevada and Arizona on the Countrywide settlement suit is a special gift for Bank of America, who is by far the worst offender in the chain of title disaster (since, according to sworn testimony of its own employee in Kemp v. Countrywide, Countrywide failed to comply with trust delivery requirements). This move proves that failing to comply with a consent degree has no consequences but will merely be rolled into a new consent degree which will also fail to be enforced. These cases also alleged HAMP violations as consumer fraud violations and could have gotten costly and emboldened other states to file similar suits not just against Countrywide but other servicers, so it was useful to the other banks as well.

8. If the new Federal task force were intended to be serious, this deal would have not have been settled. You never settle before investigating. It’s a bad idea to settle obvious, widespread wrongdoing on the cheap. You use the stuff that is easy to prove to gather information and secure cooperation on the stuff that is harder to prove. In Missouri and Nevada, the robosigning investigation led to criminal charges against agents of the servicers. But even though these companies were acting at the express direction and approval of the services, no individuals or entities higher up the food chain will face any sort of meaningful charges.

9. There is plenty of evidence of widespread abuses that appear not to be on the attorney generals’ or media’s radar, such as servicer driven foreclosures and looting of investors’ funds via impermissible and inflated charges. While no serious probe was undertaken, even the limited or peripheral investigations show massive failures (60% of documents had errors in AGs/Fed’s pathetically small sample). Similarly, the US Trustee’s office found widespread evidence of significant servicer errors in bankruptcy-related filings, such as inflated and bogus fees, and even substantial, completely made up charges. Yet the services and banks will suffer no real consequences for these abuses.

10. A deal on robosiginging serves to cover up the much deeper chain of title problem. And don’t get too excited about the New York, Massachusetts, and Delaware MERS suits. They put pressure on banks to clean up this monstrous mess only if the AGs go through to trial and get tough penalties. The banks will want to settle their way out of that too. And even if these cases do go to trial and produce significant victories for the AGs, they still do not address the problem of failures to transfer notes correctly.

11. Don’t bet on a deus ex machina in terms of the new Federal foreclosure task force to improve this picture much. If you think Schneiderman, as a co-chairman who already has a full time day job in New York, is going to outfox a bunch of DC insiders who are part of the problem, I have a bridge I’d like to sell to you.

12. We’ll now have to listen to banks and their sycophant defenders declaring victory despite being wrong on the law and the facts. They will proceed to marginalize and write off criticisms of the servicing practices that hurt homeowners and investors and are devastating communities. But the problems will fester and the housing market will continue to suffer. Investors in mortgage-backed securities, who know that services have been screwing them for years, will be hung out to dry and will likely never return to a private MBS market, since the problems won’t ever be fixed. This settlement has not only revealed the residential mortgage market to be too big to fail, but puts it on long term, perhaps permanent, government life support.

As we’ve said before, this settlement is yet another raw demonstration of who wields power in America, and it isn’t you and me. It’s bad enough to see these negotiations come to their predictable, sorry outcome. It adds insult to injury to see some try to depict it as a win for long suffering, still abused homeowners.